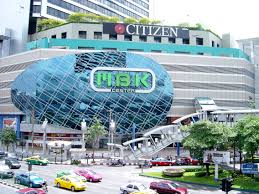 Around this time of year countries look to improve their status in the USTR's Special 301 review, and hopefully move off the Priority Watch list in late April when the announcement of the review comes. This sanction-less US government initiative, does help drive change in South East Asia, although some elsewhere in the developed world find it unpalatable criticism.

Thailand announced on Friday that it will established a special centre to crack down on IPR violation according to Deputy Commerce Minister Nattawut Saikua. The new initiative will focus not just on IPR infringement but wider laws to help suppress IPR Crime. So food and drug regulation and consumer protection rules will also be used. The centre will also look into the proceeds of IPR crime, such as monitoring money trails, will review tax payments and money laundering activities of suspects.

Mr Nattawut said that Thailand is determined to be removed from the Priority Watch List. At the same time another initiative to attack software piracy, including legalising all government software is under way, with the same goal.
If Thailand does pursue IP infringers with such varied tools outside the usual IPR crimes, and if this leads to more serious penalties then the US Special 301 review will have encouraged Thailand to do more than its neighbours, many of whom still do not regard IPR crime as serious.
Posted by Komodo Dragon at 8:11 PM