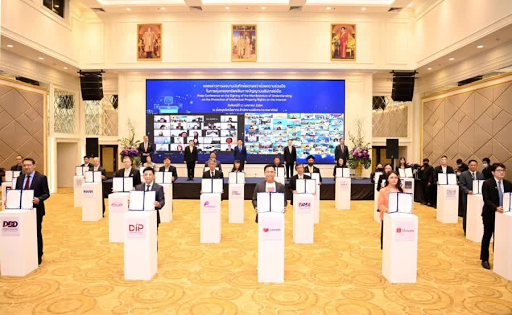 E-commerce trade is booming in South East Asia. The pandemic has accelerated online shopping. Chinese e-commerce giants Alibaba and JD have invested in the region’s platforms and there are many strong well financed local operators (like Tokopedia and Shopee).

Meanwhile counterfeit goods continue to plague platforms. Each country has its own patchwork of different rules. Different ministries may be responsible in different countries. Different regulatory approaches are taken. There is no consistency. IP owners are increasingly frustrated that they have to invest in different, complicated takedown systems management for each country in South East Asia.

The typical ISP historic pattern is playing out. Initially platforms were responsible in creating building takedown systems. Then the boom began and platforms proliferated. Regulations started to catch up. However ecommerce sales have moved on. New methods are emerging (liveselling, influencer sales, WhatsApp groups etc).  IP owners now expect large platforms to do more to proactively monitor and manage illegal content on their platforms. Technology solutions have not materialized. Platforms are using the age-old ignorance of content argument. So once again the regulations are behind the curve.

A new approach is being tried. In several countries MoUs have been initiated by Intellectual Property Offices and other bodies. The British government is supporting some. The Philippines IPOPHIL is soon to sign one with IP owners and platforms;  Thailand’s DIP signed one with IP owner representatives on 11th January. A socially distanced signing ceremony was performed (see photo) These MoUs work in different ways in different places. Some oblige platforms to be more proactive. Others give the IP office Enforcement  departments powers to step in to online enforcement.

MOUs may fix some short term problems, and they can be faster than new regulations. But they do not cover every eventuality, and new trends are not caught. Countries may need to execute multiple MOUs, every year or two, to keep up. Some countries are still at a basic level e.g. Indonesia has only a basic takedown system.  At present ASEAN’s IP strategy does not cover ecommerce IP enforcement.  IP owners are increasingly demanding a consistent regional approach, to reduce the cost and complexity of 10 countries running different systems.

Posted by Komodo Dragon at 5:49 PM